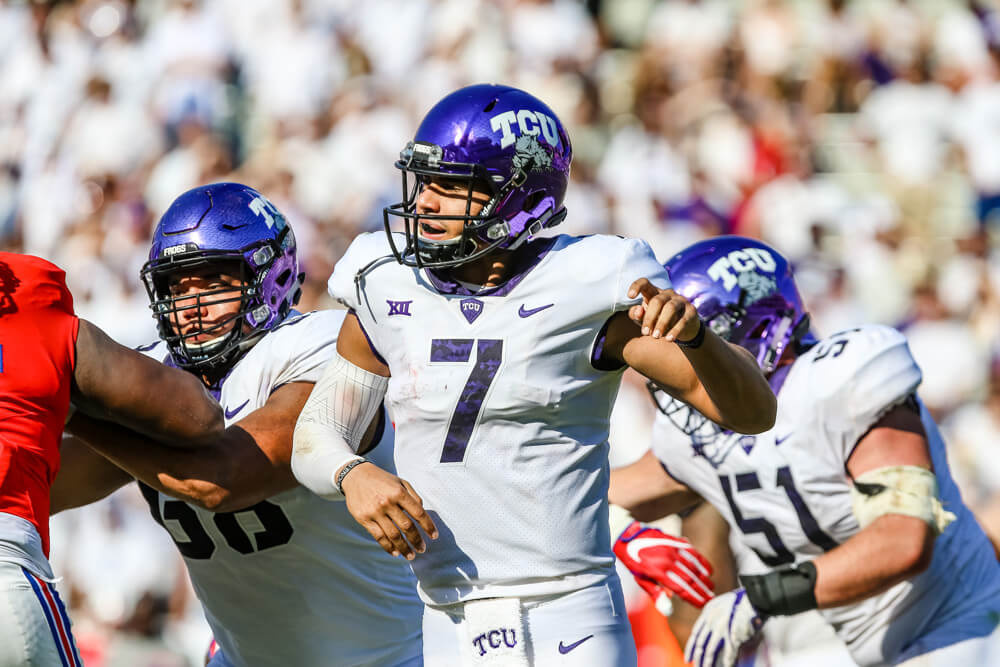 With Week 4 now in the books, it’s time to release our staff rankings that now factor in the weekend that was in college football.

Each of the seven members of the NDT staff (Kyle Crabbs, Joe Marino, Roger Dixon, Scott Bischoff, Jon Ledyard, Benjamin Solak and Jonah Tuls) submitted their individual top-15 rankings that factored into the composite list by averaging them together.

The top five from last week’s poll held serve but then the shakeup begins. An unranked team from last week is now in the top-1o and another returns to our poll. The Cowboy’s of Oklahoma State plummet in the rankings after losing at home on Saturday.

Continue Reading
You may also like…
Related Topics:College Gameday, Featured

Crabbs | Week 4 CFB picks against the spread
Crabbs | Week 5 CFB picks against the spread
To Top
Notice: We use cookies to ensure that we give you the best experience on our website. By closing this banner, scrolling this page, clicking a link or continuing to browse otherwise, you agree to the use of cookies. If you want to know more or withdraw your consent to all or some of the cookies, please refer to the cookie policy.OkRead more